I. ADMITANCE AND PARTICIPATION OF PIGEONS

Simple fanciers, associations or even federations can participate in the races. The number of pigeons that can participate is unlimited. Each participant can give names to his own pigeons, so that they appear in the result lists accordingly. If a participant has more than 12 pigeons, teams of 12 pigeons are created; the team names can be either designated by the participant or created automatically (eg A, B, C).

Pigeons should wear rings of the current year (2020). The chip code of each ring is available at any time and is sent to the owner about a week later by email. Up to the semifinal race, ring chip codes will not appear in the result lists of training and competition; instead, a code given by us at the time of pigeon delivery will appear in the aforementioned lists. Necessary for the participation process is the pigeon property card upon delivery9

Pigeons can be introduced from March 1. Every ten days the entry list will be checked and subsequently displayed on our site. If any of pigeons entered is lost or becomes ill, the owner can replace it free of charge until May 10.

Pigeons taking part in the races must be vaccinated for paramyxo about 10-15 days before the day of delivery, be perfectly healthy, have a recorded vaccine serial number, and, if possible, a veterinarian certificate. Pigeons before introduction in the loft are to be vaccinated again and the special chip ring is to be placed. If the pigeons have not been vaccinated before their delivery, they will firstly be vaccinated, then placed in a special quarantine area, and finally, after about 10 - 15 days in the loft.

The participation fee for the entry of pigeons in AS - Golden Pigeon Race and marking of aces is 80 € per pigeon.

For participants with 5 + 1 (free) pigeon, can inport and 1(optonally) pigeon for Benzing Cup (Semifianal Race).

Benzing Cup - Prizes. The first 5 pigeons, which are labeled Benzing for their participation in the Semi Finals , will get from Benzing a clock. The pigeons that have been featured since the start of their participation in the Benzing Cup have the option to activate them for the final race by claiming all cash prizes at a cost of 100€ per pigeon. In case of non-activation by their owner, they will be able to activate by third person in the last 3 days before the final race and automatically turn on the right bet by another fancier unless the owner (without consent). In this case the owner loses any cash prizes and the auction rate. In the tradition of pigeons must be declared the rings for Benzing Cup pigeons.

Each contestant, apart from the Ace Championship, can optionally participate in the breeder teams’ championship; the number of teams per club or breeder is unlimited. Each team consists of up to 3 pigeons, which must belong to a predefined group. The champion is the group with the most rankings out of the 25% of pigeons competing in every race (cards). In case of a draw on the cards, the team with the fewest points wins. In order for the AS Golden Championship to take place, at least 20 teams are needed.

The participation fee for the AS - Golden Championship is set at 100 € per team; the last day to turn your participation is the day prior to the first race date. The 80% of the money from the participating groups are shared between the winning teams.

The pigeons that finish up to the 0th position in the final race, as well as the first 10 aces receive prizes which can be viewed in the according list on our site. The cash prize calculations are based on a 1500 paid entries hypothesis. This excludes pigeons that participate for free. If the aforementioned entries are not met, the final figures for the prizes will be recalculated accordingly.

Anybody interested in taking part in the auction must be registered and have an active e-mail account. The lowest possible bid that is accepted for a pigeon is 10 €. Each bid will be automatically displayed in the bid list and every bidder will be notified by e-mail whenever another person makes a higher bid than his. The beginning and end of each auction is displayed on our site. If during the last 10 minutes of an auction a new bid is placed, the auction ending time is not affected; however, the time limit for bid acceptance regarding the specific pigeon is extended by 10 minutes.

For the auctioned pigeons, the owners receive the 50% of the money from the first auction and only if the pedigree has been sent.

Pigeons who auctioned through our agent on a website or blog in China, owners receive 30% of the money from the auction. Τhe pigeons which have no pedigree until the start of the auction are excluded; in this case, the owner receives the 25% of the amount. Pigeons that are not sold at the first auction become property of our loft; in such case, the breeders are not entitled to any percentage regarding future auctions. The cost for the final shooting adds to the breeder and the final portrait file can be sent via e-mail upon request.

In case of a payment failure or other financial problem regarding the purchaser, we reserve the right of re-auctioning the pigeon at the end of the auction, as well as the right to publish the buyer's information on our site. In such case, the pigeon is given to the previous bidder, if he wishes, or it is otherwise re-auctioned. For any further clarification please do not hesitate to contact us. 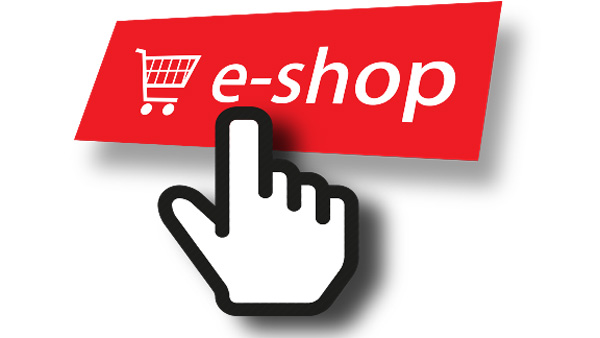 Temperature:
Humidity:
Wind Speed:
© 2007-2015 AS Golden Pigeon Race. All Rights Reserved.
Please read about: Terms of Use and Terms of Participation